On Sunday, September 27, Minnesota Alliance With Youth hosted a Swearing-in Ceremony at the Holiday Inn Bloomington to honor the 12 new members and 21 returning members of the Minnesota Youth Council. The Minnesota Youth Council, a collaboration made up of youth and adult partners from each of the eight Minnesota congressional districts, provides young people with a forum to exercise their voice by connecting and mobilizing youth voice and action through partnerships with the Minnesota Legislature, Youthprise, and the Minnesota Department of Education. 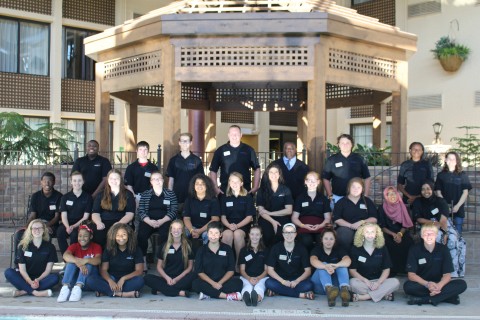 Rep. Dean Urdahl, R-Minn., from Grove City and one of the four official legislative liaisons to the Minnesota Youth Council, led the participants in the Minnesota Youth Council pledge and officially swore them in, asking them to commit to serve as a liaison for youth around the state to the legislature and the governor. He also highlighted the importance of having goals and staying committed to the work, even in times when not initially successful. Participants also heard from representatives from the offices of U.S. Sens. Klobuchar and Franken and of Sen. Kevin Dahle, DFL-Northfield, as well as from staff at the Minnesota Department of Education and Youthprise.