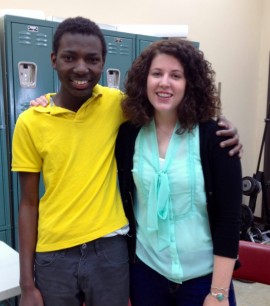 Montego Bay, Jamaica, and Bemidji, Minn., may not appear to share much in common beyond access to water, but for Minnesota Youth Council member D’Andre Gordon, both are home.

This 14-year-old freshman at Voyageurs Expeditionary School is already “going above and beyond what many who grew up here do,” says his MYC partner, Promise Fellow Sarah Lawrence.

Perhaps this is what makes them an effective pair: both are interested in contributing to their community, bridging the “two Bemidjis.” Both recognize that there are gaps between families whose means are reflected in the poverty rates county-wide and those whose second homes dot the lake.

For recent immigrant D’Andre, the MYC has provided the vehicle to deepen his understanding of Bemidji’s needs. When he found out about the Council through a friend, he sought out Sarah to be his partner. 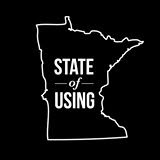 Now both serve on the MYC’s philanthropy committee, and are helping distribute the committee’s recently released State of Using documentary on teen alcohol and drug use — an issue D’Andre says is more pronounced in Bemidji than in Montego Bay.

“He’s growing a lot,” says Sarah of D’Andre. “It’s fun to work with him as he paves his own way.”

Both participated in the congressional district’s recent youth summit sponsored by the Alliance, assessing the area’s resources and needs. “Together we can get the thoughts of
others who are problem-solvers,” D’Andre notes.

Gathering those thoughts requires the listening skills that Sarah, a psychology graduate who aims to become a counselor after the Peace Corps, says help in her Promise Fellow role
supporting students. “I think the most important thing that any individual can do is to listen. When we listen, we stand a chance of understanding.”

As D’Andre says, “Sarah gets the ‘why’ of working with teenagers,” perhaps the biggest compliment any caring adult can earn, and part of the magic in their partnership. ■