My Visit to Capitol Hill 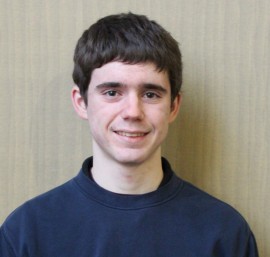 This past February I had the opportunity to represent Minnesota at the Junior State of Americas (JSA) national conference in Washington, D.C. JSA is the largest student-run organization in the country that promotes civil discourse and lifelong involvement in our democratic society among high school students. (It was also founded by a Minnesotan.) Between representing Minnesota and engaging in political debates, I did have some free time, and as I have been to D.C. a few times before, I have seen most of the memorials. Instead of seeing them again, I elected to use the time that I had to meet with my representatives, or their aides as it turns out, and discuss issues that the Minnesota Youth Council thinks are important and ways in which we can help out on national youth issues.

The first meeting I had was with Sen. Klobuchar’s head education legislation assistant. During the meeting we discussed what the MYC does, the resolution/letters of support we have passed/signed on to, and what concession could be drawn from our first Legislative Committee Meeting of the year. The second meeting I had was with a legislative staff member from Rep. McCollum’s office, where, again, I went through what the MYC does and what concession would be drawn from our first Legislative Committee Meeting. During the meeting, however, I was able to meet with Rep. McCollum, as one of her meetings got canceled due to the impending snow “storm” that was headed towards D.C. I was able to
discuss with her about getting more youth voice at the federal level and some issues that youth feel are important to address in District 4. (She also gave me “Official House and Senate Business Status” so I was able to ride the subway that connects the office buildings to the Capitol, which I have to say was one of the coolest things I have ever done!) The last meeting I had for the day was with Sen. Franken’s Senior Education Legislation staff. We mainly talked about getting more youth voice at the federal level and about afterschool programs, as Sen. Franken is on the HELP (Health, Education, Labor and Pensions) standing committee. One thing that Franken’s offices requested from the MYC was a resolution of support for a Presidential Youth Council, which the MYC Policy Committee is now looking into.

While it is true that the Minnesota Youth Council does amazing work in our state, one does have to remember that there is also a Union that we are a part of, and as members of the MYC, but more importantly, citizens of it, we all have a say in what is going on, in both St. Paul and in D.C. From my time in D.C., whether meeting with staff or talking with other high school students from across the country, I can say without a doubt that youth are having a larger impact and voice than we had even just a few years ago. We are always trying to perfect our Union, and when more people have a voice in what is going on, that perfection gets close – maybe not for us, but for sure the generation after us.