Awards. The awards honor young Minnesotans in grades 6-12 who have shown resilience and overcome obstacles to achieve academic gains, give back to their community and grow to become leaders among their peers. Youth across the state are nominated by caring adults, mentors, teachers, coaches and principals.

This year, one group and three individual winners have been selected by a committee of AmeriCorps Promise Fellows, community stakeholders and Alliance board and staff members. Dozens of exceptional nominations were received from all corners of the state. The three individual youth and the group winner will each receive, in addition to the award, a $500 scholarship to fund their academic and civic engagement pursuits.

The 2016 winners will be honored at the Red Wagon Awards Celebration and Fundraiser at 5:30 p.m. on June 23 at Macalester College. The public is invited to attend and honor these young people. Registration for the event is required and is available online at mnyouth.net/involve/redwagonevent. 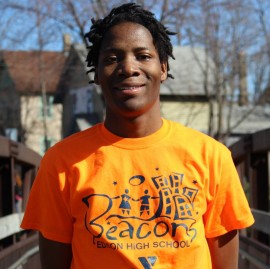 Jerome changed schools multiple times in his first years of high school, making it difficult to stay on track and engage in his education. During Jerome’s junior year, he found out he was going to become a father. Motivated by his son, Jerome became committed to his schoolwork and chose to put energy into his growth. Now, in his senior year, Jerome is getting As and Bs and will be graduating this May.

Jerome is also a member of the Beacons leadership team for Edison High School, where he is responsible for planning school events, creating a welcoming environment and helping ensure youth voice is present throughout programming. Not only does Jerome recognize the importance of building his own skills, but he supports others on their leadership journeys. He is constantly encouraging his peers to challenge themselves and step up as leaders within their community. Jerome has shown strong commitment to being a positive change in his Beacons Center and community. His success at Edison High School is allowing him to pursue his dreams of becoming a math teacher, and he will be attending Minneapolis Community & Technical College (MCTC) this fall, with plans to transfer to a four-year university. 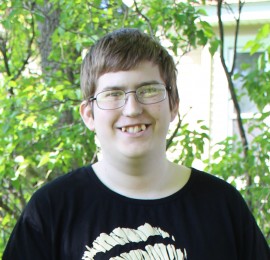 Taylor has had ongoing health problems since he was diagnosed with Severe Aplastic Anemia when he was 10 years old. He missed three and a half years of school after receiving two different bone marrow transplants.  Exhausted and often discouraged, Taylor was hardly able to complete a full day at school and his grades suffered tremendously.  Since freshman year of high school, Taylor has fought to improve his grades and become re-engaged in school, and has brought his GPA up to 3.5.

In addition to his success in school, Taylor has been an active member in the local 4-H, completing projects in art, health and safety. He has helped his family organize and participate in a bone marrow registry drive for Be The Match and advocates for others to donate blood. Taylor is also a member of the Kids Council, a division of Child Family Life, at the University of Minnesota Masonic Hospital, where he participates with other young people who have been hospitalized, planning activities for current hospital pediatric patients. After graduation, Taylor will be attending The Art Institutes International Minnesota, where he plans to pursue a career in animation. 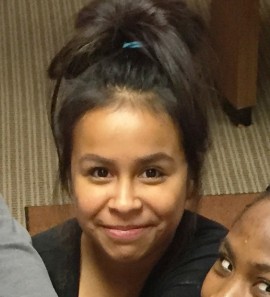 Veronica began her freshman year of high school with a negative outlook. After being influenced by friends that encouraged her to skip school, Veronica started failing her classes. Later that year, Veronica began experiencing harassment and turned to physical fighting, which caused her to be expelled from school. Shortly after, Veronica learned she was expecting a baby. In 2014, after giving birth, she gained a new perspective and took initiative to re-enroll in school. Despite being behind in credits, managing as a single parent, and entering the foster care system, Veronica has succeeded and has become a leader at her school.  She was elected by school staff to serve on the Student Council and participates in a student volunteer group. Additionally, she serves on the Little Earth of United Tribes Board of Directors and is employed as a Youth Mentor with YouthCARE’s Young Women’s Mentoring Program, serving as a positive role model for other young people.

Veronica was recently accepted into the Destination: Diploma to Degree (D3) program, which allows her to work towards an associate’s degree from MCTC. Veronica is now scheduled to graduate in the fall of 2016, three full academic quarters earlier than expected. She will be the first in her family to graduate high school.

The highly diverse youth of the Franklin Library 4-H Club have a tangible sense of passion for their community, and they demonstrate it through their actions over and over again. This club, based in the Phillips/Ventura Village neighborhood, has implemented community service-learning projects addressing issues such as discrimination, 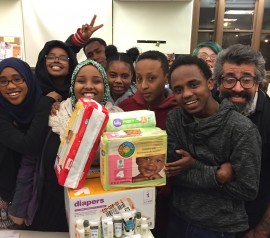 bullying and homelessness. Last year, they addressed bullying through community interviews and creating a Public Service Announcement. This year, they have addressed homelessness in their community through research, interviews and organizing a donation drive for much-needed items such as long underwear and diapers, as well as fundraising to buy the food, prepare, and serve a meal at a local shelter.

Several of the club members have struggled with school attendance, juvenile justice, pregnancy and homelessness, and they see their involvement in the club as an anchor in their lives. The Franklin community has come to see them as highly engaged members, inviting the club to partner on events such as Somali Independence Day and in piloting curriculum. The Franklin Library 4-H Club members are tremendous leaders in their community, and are changing the face of 4-H in Minnesota.

“The Red Wagon Awards are a unique opportunity for the Alliance and our partners to celebrate the tremendous impact that young people make through civic engagement and volunteer service throughout Minnesota,” says Sarah Dixon, president and CEO of Minnesota Alliance With Youth. “We cannot wait to see what these youth will accomplish next!”