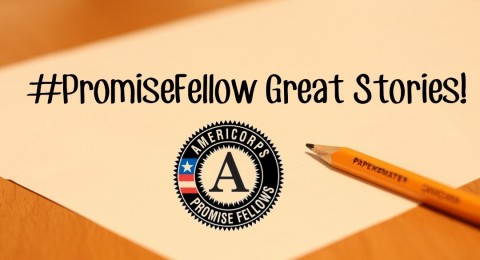 “A few days ago, at Friday baseball practice, the entire field where we practice was wet and soggy from the recent rain storms. The team was complaining about the conditions all practice long, and it was an unenjoyable day, even though the weather was beautiful. There were also several humongous puddles all across the field as big as ponds. Boys continuously stepped in them accidentally while playing and got their entire legs wet. The mood was sour, to say the least.

At the end of practice, before we were to all head home for the weekend, I had an idea to turn things around. I took my shoes and socks off and, in front of the entire team, ran toward the biggest puddle in the field, jumped as high as I could, and belly-flopped right in the middle of it. Everyone got a huge laugh out of it. Then, most of the team stripped off their shoes and socks and did the same thing, and we had a big splash fight with tons of laughter and fun. I had fun with kids with whom I had traditionally butted heads, and it felt like an excellent bonding experience with the team. Even though I headed home soaking wet, it was a great way to start the weekend!”

The pen is mightier than the sword
Scores too low to cut across success, they say
District numbers shackle him beneath the rest
These tests don’t address
The reality of post traumatic stress
That walk beside him like a lone enemy shadow
Between school and navigating the streets of rhetorically constructed war zones

I have seen the battle scars he wears
In the cut of his smile, when giving up is disguised as hope
In his disfigured ego, when assignments are dropped like drones
In the tremble of his bones,
When the battlefield of education is ripe with mines ready to explode,
And he
Is avoiding every single one,
Paralysis by fear of uncertainty,
Self-doubt manifested in letter grades
That preach academic patriotism,
Degrade the youth of self-worth
Into a mindless soldier,
Lost
In the graves of what they call
His ambition.
How can you send your infantry into the fields,
Unequipped with hopes that they can brave the storm,
Alone?

And so the pen
Is a transformative arsenal,
The gun of the mind
Locked and loaded,
Ready to shoot

Words that cut deeper than swords,
When commitment hears the bang of ink on paper
This is his only weapon
In the world wars of the mind
And he will find healing in the trigger,
Pulled
Like wounded comrades from battle.

His scores are not what they used to be
In the illusion of an eternal academic war,
Now he journals,
So ink meets paper
The way shots penetrate the flesh of antagonizing systems.

He pulls the trigger,
You hear the click –
Black and white,
With red all over.

“Carter is a sixth grade student who has struggle with math all year long. I began to work more intentionally with him on the areas of math that he was feeling particularly challenged by. I’ve seen his attitude pick up from feeling incapable and giving up on problems that he does not understand, to him feeling like he has the support to try and attempt solving these problems. I think him seeing that it is okay to ask for help, to try and solve problems, and that making mistakes is not a bad thing but is something he can learn from. I think he has become more confident in his abilities and himself as a student. He no longer makes remarks about “being bad at math,” and I can see the slight expression of happiness when he succeeds in class. I think he finally sees that failing once does not make him a failure, but instead he can learn from his mistakes and with perseverance he can succeed.”